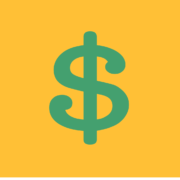 An except from a project I'm helping a client with.  This is potentially a multi-million dollar stream of business for them. . . .

See attached.  I've done a ton of Powerpoint presentations and sold
hundreds of thousands of dollars using Powerpoint.  I've also been
professionally trained on how to use Powerpoint and to recognize it's
limitations.  As a rule I generally prefer NOT to use Powerpoint.
Because too often it becomes a distraction rather than a tool to
facilitate communication of ideas.  Too often it is used to communicate
facts instead of ideas.  When you think of your Powerpoint you need to
think of it as a "co-presenter".  And just like you wouldn't simply
repeat the same thing your co-presenter just said likewise you
shouldn't do that with Powerpoint either.  Most Powerpoint
presentations contain too much information which leaves it's live
co-presenter with nothing to do up there except be redundant.  And
leaves the audience to wonder if it might have been a better use of
their time to just skip the presentation and read the hand-outs.

The worst thing about the billable hour