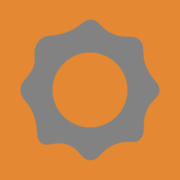 There has been a rash of layoffs from law firms around the Country lately.  This is no surprise.  But probably not for the reason you think.  The lack of surprise is not to do with the state of the economy (which is always a lame excuse for failure of a Rainmaker).  No, the lack of surprise is because of the nature of the business of a law firm. . .

That is to say if you’re not the captain steering your own ship, you’re just a passenger who could be headed to the rocks!

Case in point:
New York-based McKee Nelson laid off 17 associates and 15 staff members on Monday, citing a slowdown in structured finance work.  But there are plenty of other examples just like this around the country I could have pointed to.

The practice area leaders screwed-up.  No doubt about it.  They failed to look ahead and make contingency plans for their practice area.  But notice the captains didn’t get tossed-out, just the associates whose services were no longer needed by the firm once their practice area hit the rocks. (hint: structured finance lawyers tend to be pretty good at doing structured settlements & work-outs).

But the ones I lay the most responsibility on are the associates themselves.  Not for the decisions of their bosses, but rather for not taking steps to make themselves invaluable to the firm in other areas.

Lesson:  EVERYONE is a solo practitioner.

Law Firm Marketing: There has to be a better way!

What Do You Want To Know About Banner Advertising For Your Law Firm?
Exit Intent PopUp Trigger wpDiscuz
0
0
Would love your thoughts, please comment.x
()
x
| Reply