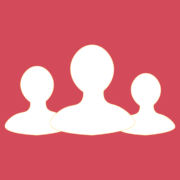 Well it happened again. . . Right in front of my eyes this time & the lawyer didn’t even know he had been fired.

I was at a meeting with some real estate investors I know.  One of them, we’ll call him "Chuck" has 20 properties he’s liquidating to get out of the residential market & into commercial.  His attorney, we’ll call him "Manny" didn’t bother to learn about Chuck’s problem in all three dimensions in which every client problem exists.  And so while Manny was back at his office working away for his client on one of those deals, Chuck fired him & hired another lawyer who was standing right next to me.

It happened in large part because she & I had just spoken about the fact that every client’s problem exists in three dimensions.  And so she asked all the right questions & walked away with Chuck’s next five deals that are closing in a few weeks.  Manny will probably be sitting around his office wondering if maybe Chuck had changed his mind about selling, blissfully ignorant of the fact that he has been fired.  Maybe the lack of referrals from Chuck who knows a ton of other landlords & has even referred business to me will be Manny’s first clue that something has gone terribly wrong in his practice.
Oh well, poor Manny.

Why I Do What I Do. . . Don’t Let This Happen To You!
Exit Intent PopUp Trigger wpDiscuz
0
0
Would love your thoughts, please comment.x
()
x
| Reply