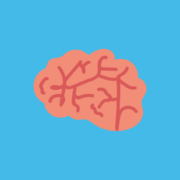 Ask most solo lawyers if they’d like to build a million-dollar law firm and they’ll respond “Yes BUT…” and proceed to rattle off a list of reasons why this is impossible. They’ll say things like:

“Building a seven-figure law firm requires too much work.”

“This market is too small to support a seven-figure law firm.”

“This market is too large (too competitive) for me to build a seven-figure law firm.”

“Building a seven-figure law firm is impossible because of the area of law I practice.”

Notice that most lawyers will rattle off these excuses before you’ve even asked for them. They’ll do this because they’ve adopted a defeated mindset. They look for reasons that good ideas will fail. They’re cynical and many of them are probably secretly miserable as well.

Lawyers who get it (like our members) know that Ayn Rand was right. They don’t ask who’s going to LET them… they ask who is going to STOP them. And then, they build a plan and a strategy and a process to overcome the obstacles that sit in their way.

It’s not rocket science. Building a massively profitable law firm that supports your lifestyle and allows you to enjoy life, whatever that means for you, isn’t about complicated business theories and strategic concepts. It’s about your MINDSET. It’s about your determination to find a path (or blaze a trail if needed) towards ultimate success, whatever that looks like for you.

Are you asking who’s going to let you?

Or are you asking who’s going to STOP you?

Your People Are (Should Be) Your Most Valuable Resource, So Invest in Their...
Exit Intent PopUp Trigger wpDiscuz
0
0
Would love your thoughts, please comment.x
()
x
| Reply