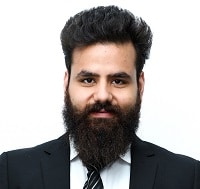 Rohan Dussa is an MBA graduate with a degree in Business Analytics. He cut his teeth professionally driving operations at Amazon, where he was managing around 1MM vendors in the European market. Immediately prior to coming to work for HTM, he was working for a much smaller startup, where he was driving cloud engineering initiatives for that firm.

Rohan has strong proficiencies in programming languages that include SQL, Python and R, as well as hands-on experience with Business Intelligence tools such as Tableau, Power BI and Zoho Analytics. Rohan leverages all this, coupled with a degree and keen interest in Data Analytics to serve in the role of Data Analyst for the HTM Programs Department.