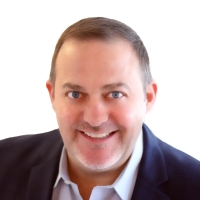 Brian is a seasoned c-suite executive and attorney who thrives at the intersection of law and business. His decades-long focus on operations, sales and marketing combines with his extensive education and experiences working within single shareholder environments as well as publicly listed companies to bring a broad perspective and skill set to bear on producing excellent outcomes when facing a range of business opportunities and challenges.

Having launched and worked within several startup organizations prior to and during law school, Brian next spent more than 14 years in a fast paced and entrepreneurial organization that annually provided services to more than 8,000 attorney clients nationwide from multiple locations across the country. Over those many years Brian worked with the team to create substantial growth through organic expansion, acquisitions, common ownership mergers and the creation of internal startup divisions. He joined the company in its most junior sales position in Richmond, Virginia, and rose to lead the company from its New York City headquarters for his last 6+ years with the organization.

Brian has lived throughout the country in areas such as Dallas, Portland, Williamsburg, Richmond, Los Angeles, the New York City metro area, and now many years after leaving, again resides in Williamsburg, Virginia along with his young daughter.