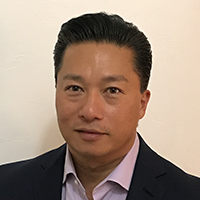 Arnel Ortega is an attorney, mediator, and entrepreneur, who his clients have described as being not just an attorney but rather, a businessman with a law degree. After graduating with a B.A. in Economics from Rutgers University in New Brunswick, NJ, Arnel worked on the New York Stock Exchange floor and a Wall Street Arbitrage Trading Desk. Arnel also worked for PriceWaterhouse Coopers.

Arnel received his J.D. from Rutgers Law School in Newark, NJ and started his legal career as an Assistant State Attorney in Miami-Dade County, Florida where he eventually worked in two Specialized Prosecution Units, Economic Crimes and Narcotics. Afterward, Arnel started his own law firm that ultimately led him to the practice area he enjoys most, namely providing general business counsel and coaching to small business owners. Arnel has advised businesses ranging from startups to multi-million dollar companies. Arnel is licensed to practice law in New Jersey, Florida, and the Southern District of Florida.

Arnel is also a martial arts instructor, who has trained in various styles of martial arts for over 40 years. He translates that same training philosophy to coaching individuals in business.