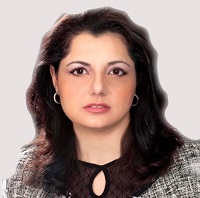 Before joining How to Manage a Small Law Firm, Zeina Exilus lived in Japan as a military spouse working as an Adjunct Professor of Law at Temple University Beasley School of Law in Tokyo, Japan, for three years. As a professor of legal studies she taught Family Law, U.S. Bar topics, and Trusts and Estates, as well as, leading ethics CLEs on rules of professional responsibility.

After earning her JD, Cum Laude from the University of Miami School of Law Zeina spent several years gaining knowledge by working at various law firms, corporations, and non-profits including the international law firm of King & Spalding in Atlanta, Georgia, as In-House Counsel to the day cruise-ship SeaEscape in Fort Lauderdale, Florida, and as a constitutional and civil rights litigator and Staff Attorney with the American Civil Liberties Union Foundation (ACLU) in Miami, Tampa, and Jacksonville, Florida. During her legal tenure she gained exposure and expertise into multiple practice areas including general civil litigation with an emphasis on real estate, commercial and construction litigation; constitutional and civil rights litigation; and all areas of corporate law.

Recognized for her leadership ability, Zeina was tasked with opening a new ACLU satellite office in Jacksonville, FL – this was her first taste of “entrepreneurship.” Shortly after opening the Jacksonville office, she went on maternity leave and due to the recession the satellite office closed leaving both her and her husband unemployed with a three (3) month old baby. Faced with no job and few opportunities due to the economy, as well as a husband who had also lost his job, Zeina opened her own family law firm in March 2009 and over the next six (6) years grew her solo practice by over 500% while raising two young children as a single parent since her husband enlisted in the U.S. Navy and by May 2009 was stationed remotely. In 2015, due to life-threatening health issues, Zeina under doctor’s orders wind down her firm, sold it in 2016 for a profit and joined her husband stationed in Yokosuka, Japan.

During her tenure as a solo practitioner, Zeina became a Florida Bar Qualified Arbitrator and a Certified Arbitrator by the BBB, where she resided over hundreds of civil law arbitrations since 2010. She was honored to receive many awards and accolades and in 2013 she was inducted as a Fellow of Class I of The Florida Bar Leadership Academy and in 2014 received a committee appointment to The Florida Bar Leadership Academy Committee. Her accolades further include AV-Peer Review Rated by Martindale-Hubbell and being named multiple times as a Rising Star and SuperLawyer by Florida Super Lawyers.

Having recently moved back to Florida, she is thrilled with the opportunity to work with HTM members and help other law firm owners build their business with the benefit of knowledge of others who have been there, felt the challenge, and now know a better, happier way to grow!