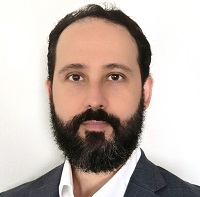 Victor is a medical doctor with an MBA from one of the top-ranked MBA programs in the world (according to the Financial Times). He started his career as an entrepreneur in 2009, when he co-founded a radiation protection business, then a couple years later secured a quarter million dollars in venture capital to start another IT company focused on educational games, both of which were acquired by investors two years after their formation.

Victor has had critical leadership roles in some of the largest regional radiology practices in Brazil, where he supervised dozens of doctors and technologists across 8 cities, established unified policies and procedures for a multi-branch organization, negotiated contracts with hospitals and health insurance providers, and developed feasibility studies and business plans for high-end imaging clinics.

Most recently, Victor moved to Southwest Florida to start a home healthcare company, which he successfully grew to become one of the highest ranked home care agencies in the Tampa Bay Area for 4 years in a row (according to Caring.com), with revenues exceeding $1 million dollars, even amidst a global pandemic that disrupted both the economy and political calculus in the area in 2020. After successfully selling this company to investors in 2021, Victor decided to join the team at How To Manage a Small Law Firm.