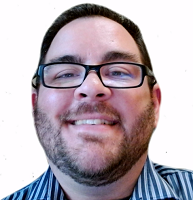 As the oldest of three children, Ryan was quite literally born into the legal field. Ryan’s parents owned and operated a multi-million-dollar bankruptcy firm that was the largest and most successful in the St. Louis area for over 20 years. From a young age Ryan was involved in every aspect of the firm from the position of file clerk to paralegal to department management. Ryan was tasked with implementing, re-developing, and following the systems and procedures that had allowed the firm to be highly successful for many years.

After receiving his bachelor’s degree in criminal justice from Lindenwood University, Ryan moved on to work as a correctional officer for St. Louis County. Ryan began his corrections career as an officer in the administrative segregation unit, and he quickly moved on to the highly sought-after position of Master Control Officer where he was tasked with the safety and security of the entire facility. Ryan moved back to paralegal work after five years in corrections to spend more time with his family, and he managed approximately 500 active bankruptcy cases in his most recent paralegal position.

With his extensive experience in paralegal work and corrections, Ryan is intimately familiar with the importance of the systems and procedures that must be in place to operate a successful business. He is eager to support the HTM staff as we help grow our members’ firms into the business they always dreamed of!

In his free time Ryan loves spending time with his two children, Maxwell and Daisy. He can also be found at one of the many local ice rinks as a 20-year veteran ice hockey official with USA Hockey. Ryan has the pleasure each season of working games for children as young as five years old all the way up to the lower collegiate levels. Ryan is a member of the mentor program with his local officiating association where he supports young, new officials develop their love for the officiating side of the game of ice hockey.