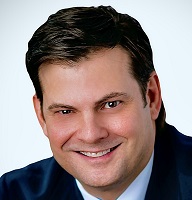 Paul Angelle never really had a choice; he was “born” into entrepreneurship. Working full-time in his father’s Cajun restaurant in south Louisiana from an early age, he learned the value of work through the lens of ownership. He never thought of himself as an employee as he proudly worked in the family business through college. That mindset would never change.

After graduating from the University of Louisiana in his hometown of Lafayette with degrees in Political Science, English, and Criminal Justice, he applied that same passion to sales. He was a natural salesman, a gifted networker, and very successful across multiple industries for over 20 years. Along the way, in addition to starting his own media company (multiple magazines, sponsored sports tournaments, and a freelance sports photography business) and successfully running it for half a decade, he acquired a law degree from Loyola University in New Orleans… which eventually landed him a role as the first COO of a statewide, rapidly growing estate planning law firm. In that role, he managed a team of 20, and was instrumental in not only tripling revenue during his 5+ years there, but also increasing services, growing margins, and raising salaries.

During the lockdown in early 2020 Paul, who had worked on and off through college as a photographer, a sportswriter, and a political columnist, wrote a self-help / personal growth book. He had it published in 2021 and experienced the process of a launch that landed him numerous television and radio interviews, multiple highly attended book signings, and more coaching and consulting requests than he could have ever predicted. He realized that his lifetime goal of helping as many people as possible was finally in reach.

After more than five years of success growing a law firm, nearly two decades of achievement in regional and territory sales, and a record of entrepreneurial accomplishment in publishing, this published author reached the point in his career where he would seize the opportunity to use his varied experiences to help others. His track record of success, his infectious enthusiasm to help others, his specific skillset, and his varied experiences made him a perfect fit for HTM… so much so that he initially thought his invitation to apply was some sort of highly sophisticated prank.

A former “undefeated” little league coach for his sons’ baseball teams, Paul enjoys cooking, fishing and writing. He’s a huge fan of his alma mater and enjoys watching and supporting the Ragin’ Cajuns whenever he can. He’s a father of four who lives on a small farm in tiny Sunset, Louisiana with his beautiful wife Dawn and their horses, goats, chickens, dogs, and cats.