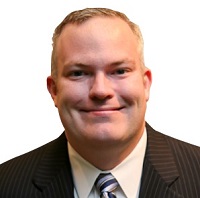 Jon Sullivan is a seasoned entrepreneur with over 20 years’ experience as an independent business owner and as an executive in both the for-profit and nonprofit sectors. He has in-depth knowledge of strategic planning, sales and marketing, and fostering organizational growth. His diverse background gives him a unique perspective on how to grow businesses and how to drive teams toward success.

After serving as a naval officer and teaching at his alma mater, The Citadel, Jon’s entrepreneurial spirit led him to establish an independent real estate practice with the fastest growing real estate company in North America. After a successful first year in sales, Jon was selected to turn around a struggling franchise in Orange Park, FL. Within 20 months that office went from being unprofitable to doubling its salesforce, earning a profit and being recognized for highest per agent sales productivity in North Florida.

Following his time in real estate, Jon joined a national nonprofit with a mission of assisting post 9/11 service members wounded in the Global War on Terrorism in 2009. Hired as a fundraiser, Jon quickly established several multimillion-dollar revenue channels which allowed the organization to raise over $1B in less than 10 years. Jon also served in several executive roles on the operations side of the organization, where he led international teams of over 100 staff members responsible for delivering services to over 100,000 wounded warriors and their families. Jon’s efforts led to the organization growing to the 45th largest charity in the U.S., being named the Harris Poll Equitrends “Brand of the Year,” and the NonProfit Times “Best nonprofit to work for.” More importantly, the organization’s combined efforts forever changed the way wounded warriors are thought of and cared for in this country.

In addition to his undergraduate degree, Jon earned a Master of Public Administration degree from the College of Charleston. He lives in Jacksonville, FL with his wife, a local attorney, and two young children. Despite having lived in the South for the past 3 decades, Jon remains a die-hard Bostonian and fan of the Patriots, Red Sox, Celtics and Bruins.