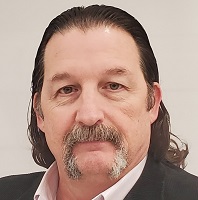 Al Giordano has a long history of entrepreneurial success driven by a penchant for serving others. Following his first tour of duty in the U.S. Marine Corps, he built a profitable, small government contracting business in the NYC metro area. Involuntarily recalled to active duty during Desert Storm, upon his medical discharge two years later he embarked on a new career representing disabled veterans before the Dept of Veterans Affairs. Quickly establishing himself as an expert in federal disability law, Al supervised a large office of paralegals and representatives in NYC while simultaneously attending Seton Hall Law School.

Upon graduation he established a successful legal practice while also cofounding a nonprofit with a mission of assisting post 9/11 service members wounded in the Global War on Terrorism. After several years, Al left his legal practice to focus on vital programs and services to assist the increasing numbers of returning wounded service members. Through his leadership as COO the organization experienced unprecedented growth, utilizing best practices in administration, revenue generation, marketing, and operations allowed the organization to grow from a small grass roots entity into the 45th largest charity in the U.S. Revenue generation of $1B over 10 years fueled expansion and cutting-edge programs for 100K service members with over 650 staff and 22 locations nationwide. A recipient of numerous industry awards including NPT “Best nonprofit to work for”, Harris Poll Equitrends “Brand of the year”, Forbes Top 100 Charity, and receiving a 4- Star rating from Charity Navigator, the organization is the preeminent nonprofit serving our wounded heroes.

A long-term NY resident, Al relocated to Jacksonville Florida with his wife Beth several years ago and is the father of two sons, one of whom is a 2018 graduate of the United States Merchant Marine Academy at Kings Point.