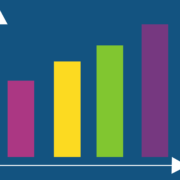 Note: This is a recycled article I said I’d post in response to some recent inquiries on the same subject from a couple of different sources.  Must be something in the air.

Every week I speak with  attorneys who have trouble reconciling the conflicts in the relationships they  have with clients: Creditor and Advocate.   They call me on the telephone and they invite me into their offices for  on-site consultations.  They tell me  of their troubles and ask me for help.   I am a Practice Management Advisor with How To Make It Rain.com and these are my stories:

I visited “John” in his Orland, Florida office.   He called me to ask for help. He was working harder than ever but never seemed to take home enough money.  He thought his expenses were  too high. John was even considering letting a secretary go whom he was sure, was  taking office supplies home for her kids. (Office supplies typically represent less than 1% of a law firm’s annual budget.)

ACCOUNTS  RECEIVABLE: Clients pay us to solve their problems, we are not supposed to pay for them!

Once John understood the  importance of screening Prospective New Clients in a systematic and professional manner to weed out  the potentially bad ones, he was ready to think about business.  The first thing we had to address was  the ridiculous level of old & dusty accounts receivable that were indirectly costing him money each month.

One of the reasons for John’s  unhappy condition were his conflicting feelings.  These feelings were never discussed in his professional responsibility course during  law school.  Instead, John learned the hard way how really difficult it is to serve someone as both their creditor and their  advocate.  These two roles have  inherent conflicts.

John eventually decided to require all of his clients to make a lump-sum deposit to his trust account to cover the entire cost of his services, up-front.   He discovered that more clients than he had expected, actually had the money to do this & for the others he now offers them the option to pay by credit card.  Now John can fight like crazy to advance his clients’ interests and protect their rights and he let’s Visa or Master Card  worry about being their creditor.

Not only does this arrangement remove the inherent conflict, allow John to do a  better job for his clients and eliminate costly accounts receivable problems, it  even makes the client’s life a little easier.

Attorney  Tracy Griffin, President  of  Attorney Card Services (727) 341-2323 (ACSINC@DIGITAL.NET) observes:    “Contrary to what many attorneys think, clients who have not paid their bill do feel uncomfortable communicating with their attorney/creditor.  It’s no fun for either the attorney or  the client to talk about a case or matter when they both know about, and are  trying to politely avoid the subject of past due bills.”

When  John decided to get serious about wanting to be a more profitable, ethical and  professional lawyer he made the decision to focus first on properly managing his  law firm.  John realized that  despite what he had been hearing and repeating to others for years, it really is possible  to budget a case or matter ahead of time with an adequate degree of  accuracy  in all but the most  complex contentious cases.  Better  yet, John realized that if he over-budgeted he could always impress the client when he returned some of their unused money.

Case-budgetiung puts John much further ahead of the game than when he used to ask for retainer deposits at random.  Best of all  though, by investing the time to budget a case in the beginning, John now finds that  he is able to be more pro-active in case or matter management and he has virtually eliminated the worst part of being a lawyer: Collections.

In the beginning it was a little scary for him, but today, John recognizes that requiring clients to make a large lump-sum deposit into his  trust account to cover all anticipated fees and costs has the effect of  dramatically increasing firm income for three main reasons:

1.       There  is less tendency to write-down the bill when you already have the money sitting  in your trust account.

2.       There  is less tendency for the client to negotiate down the bill after it’s already been paid.

Think  about it:  You have your own credit  card bills, car loan, line of credit or home mortgage all of which are charging  you every day for the use of their money.   If your client owes you $1,000 for three months, you are in effect  borrowing money from your own highest interest rate creditor in order to be able  to afford to loan that money to your client at no interest!

p.s. I am investigating another credit card processing company that offers very low sign-up, no monthly committment and a very low monthly minimum fee – like $5.  Send me an e-mail if you want me to let you know if/when I am satisfied with how they deal with important trust account issues.

Where will YOU be in just 25 short years?